Two runners head to Newbury today (15th of May). Karnage goes in the 3.25. Steve Drowne rides in the seven furlong maiden. Karnage showed improvement from his first run to second in two decent maidens this spring and has continued to improve in his homework. The drop back to seven shouldn’t inconvenience him. A big horse he has improved his fitness in the interim. Although Newbury are currently calling the ground good there was a lot of rain yesterday in the area and the going stick reading of 6.3 was recorded three times last year. On those occasions the ground was given as soft, good to soft (soft in places) and good to soft. Steve thought that at Doncaster when the ground was given as good to soft that Karnage might be seen to best effect on a sounder surface so that is a slight concern otherwise he is looking well and should run a good race.

The 3.25 looks a typically competitive affair for the course and with several horses coming into the race with placed form already and some well bred newcomers any number of results could occur. Hailing from a yard with four runners in the race it is perhaps significant that Richard Hughes rides Prefect given that Rembrandt in particular has shown some of the strongest form on offer. Mawjood has a very strong pedigree and is an interesting newcomer.

Affileo nearside, Covenant in the middle and Karnage farside working a few weeks ago.

Convenant is the second of our runners in the 3.55. Steve Drowne rides again in the ten furlong maiden. Covenant really needed the experience on his first run and will learn a lot more again today. He is quite an immature horse mentally and is slowly coming together physically. He should enjoy some cut in the ground and the step up in trip from a mile will be in his favour.

The race looks to be between Keble and Scottish who were both second on their last starts at the track. Keble steps up in trip from a mile and Scottish drops back a furlong. It would take something else to be pretty useful on debut or to step up significantly on their form to date to get involved.

Covenant on the long earlier this week 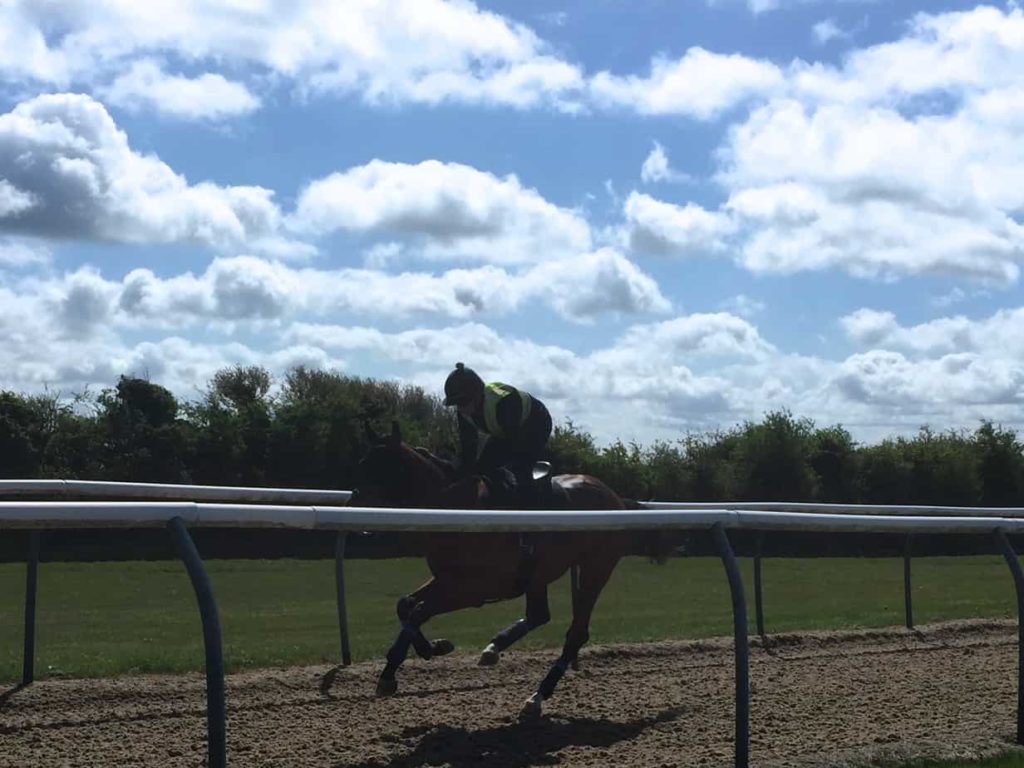