It has been a good week here with the first winner on the board for the year following Karnage’s easy victory on Saturday afternoon at Lingfield. It was a deserved win for the gelding who has been placed on his last three starts, with the blinkers galvanising him under a good ride from Luke Morris. It was nice to see Luke wearing the colours of Keep Racing a syndicate run by David Blunt who has been a loyal owner since we started in the winners enclosure. David and wife Yvonne’s own colours which are the same but with a red cap have been worn to victory by Luke a couple of times so its proving to be a lucky combination. Claire Milne bagged another turned out award for her presentation of the horse.  There was also another first as staunch supporter of the yard J-P Lim brought his son along for a day out to watch the race, it was a memorable first trip to the races for Jason with a visit to the winners enclosure afterwards!

We had three other runners this week, Who’sthedaddy didn’t really see out the the mile and half at Wovlerhampton but has become a bit frustrating as he is travelling well in his race but not really knuckling down when push comes to shove on the all weather. Virtuous Belle made a nice start to her career at the same meeting for a filly who is going to need a couple of runs to get the idea. She is very big and lacks a bit of confidence so we have brought her along slowly, she certainly had a good look at everything when parading pre-race but a trip earlier in the week to The Witherford’s for some stalls practice paid dividends as she loaded and stood beautifully and jumped well for a first time horse. Although not involved in the finish under a educational ride form Joe Fanning there was plenty of encouragement to be taken. We all had a nice evening in the panoramic restaurant with Clive and Trish Wilson owners of Who’sthedaddy; Steve and Trish Barter who have a half share in Socrates (Who’sthedaddy’s half brother) and Natalie Garcha who with husband Rav race as Denarius Consulting and own Virtuous Belle. 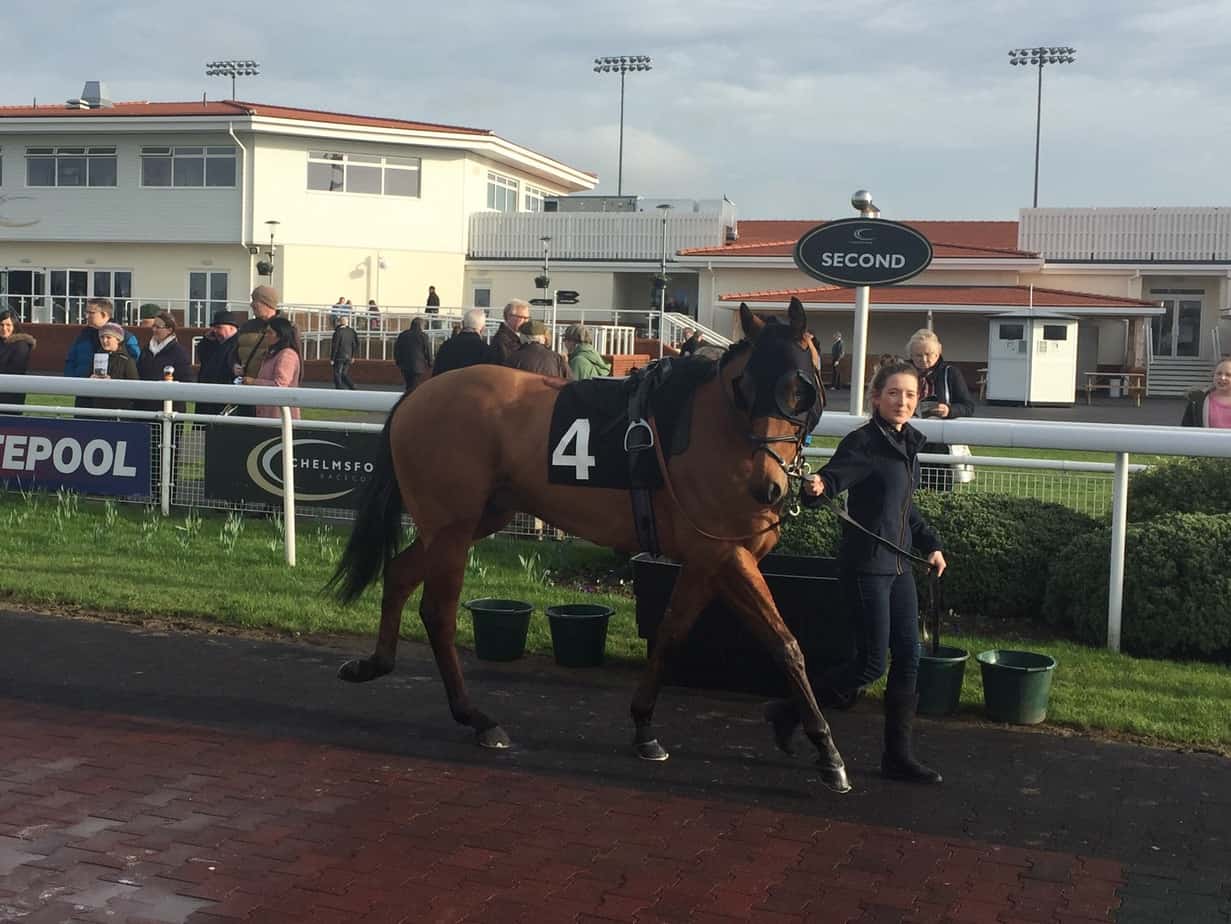 Bailiwck and Lucy Rourke on their way to collecting best turned out.

The final runner of the week was on Sunday at Chelmsford where Bailwick got no luck from stall eight and was stuck out wide for the entire race, never getting a chance to save any ground before being pushed very wide on the final bend. A frustrating day but it sometimes happens that way on track and one has to move on. The afternoon wasn’t entirely without success as Bailiwick collected the best turned out award, this time Lucy Rourke was responsible.

Back on the yard the main event for the week was x-raying the knees on all the two year olds to monitor their development and maturity. At this stage we are looking to see how closed the growth plates are in each horse as its a very good indicator of skeletal maturity. A horse needs to have a level of skeletal maturity before fast work is begun in order to lower the risk of injury. This exercise made our weekly Sunday morning planning session more interesting than usual as we start planning which of the two year olds will be ready for an increase to their workloads. For most their routine won’t change much for the time being but the five most precocious will begin to increase their workload next week. There was nothing mature enough to begin thinking about the Brocklesby but one or two could be ready by the end of April or early May. Exciting times! 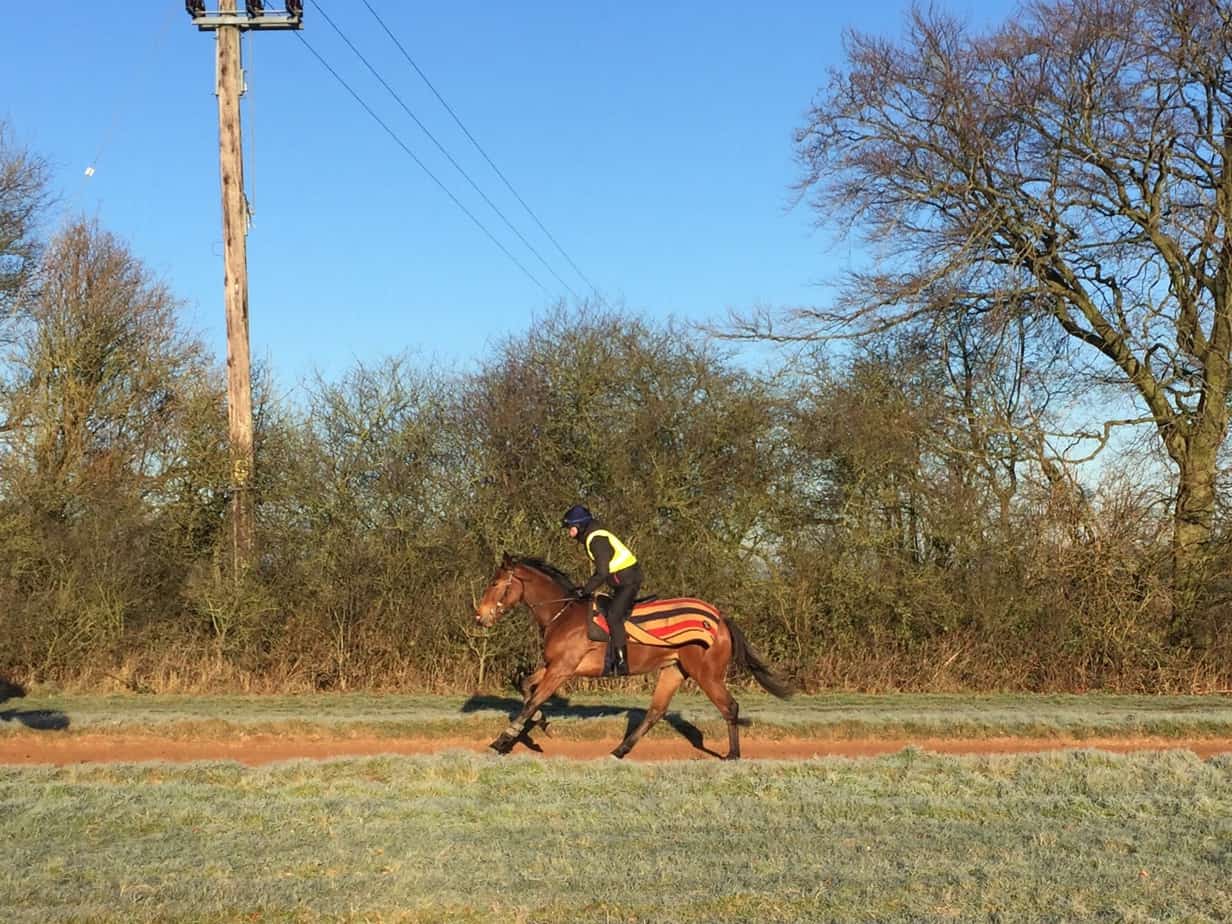