Thoughts on I Wouldn’t Bother and Socrates at Kempton

Two runners at Kempton today (Wednesday 16th of November) both will be ridden Timmy Murphy. First up is I Wouldn’t Bother in the 4:40. He lived up to his name on his first two starts, albeit there were the signs that he was learning when running on softer turf surfaces. The experience started to tell on his latest and third start at Kempton where the sounder surface seemed to suit him and although no match for a smart winner he showed enough to suggest that he was really starting to get the idea. He has stayed on quite effectively a couple of times over six furlongs so the step up to seven furlongs looks worth a go on his first attempt in a nursery. Originally the plan had been to give him a break to strengthen and grow over the winter some more, however he came out of that last race fit, healthy and well in himself and whilst physically he still will furnish out further over the coming months it seemed worthwhile taking advantage of his rude health to see how he fared in a couple of all weather races. He is reasonably drawn in stall six and we are looking forward to his run.

Fire Brigade won fairly comfortably last time out and sets the standard on that basis, this is a marginally better race and he shoulders a six pound penalty. Imperial City and Went Well Yesterday have solid form in the grade. King of Nepal is a potential improver having shown signs of ability in some decent looking maidens and is the most likely of the handicap debutants in the field.

Hopefully he’ll show a bit more motivation than this! 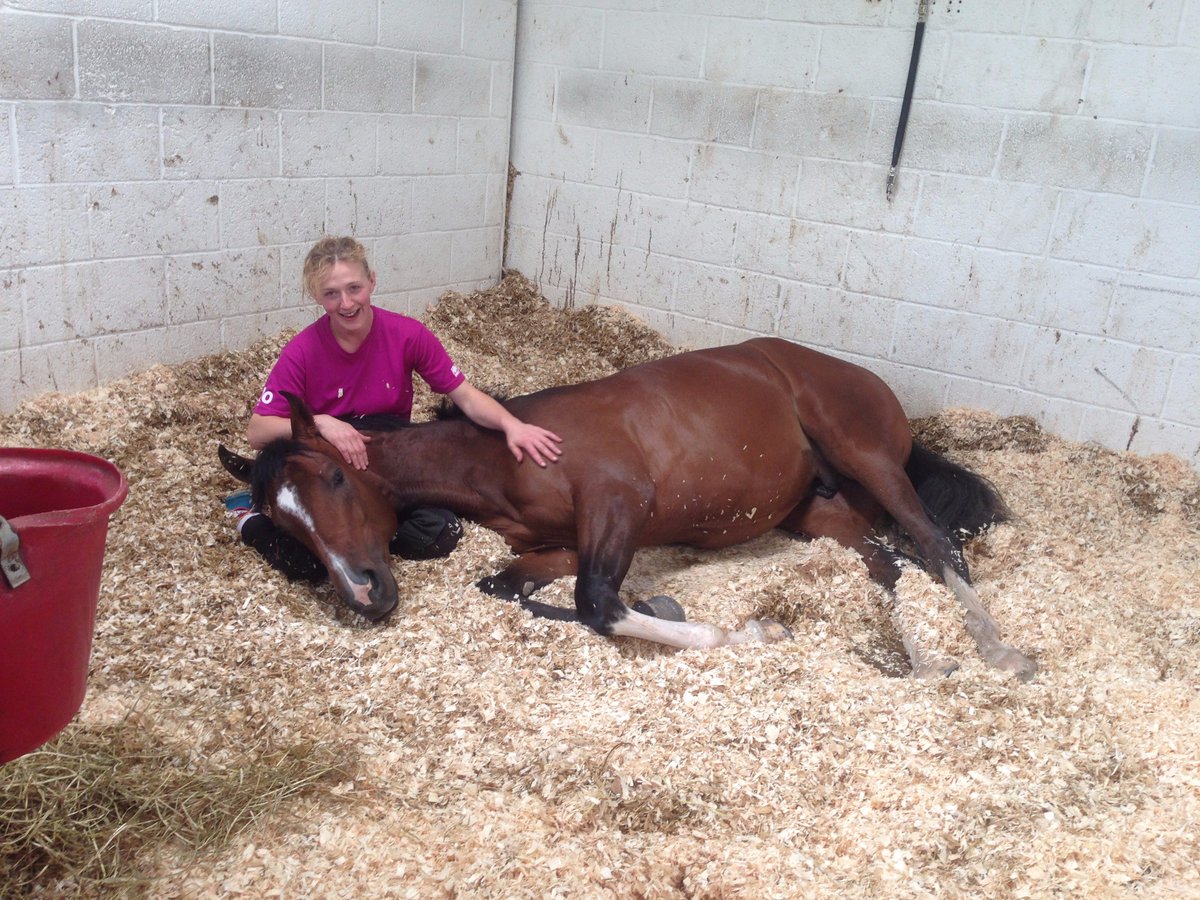 Socrates is next in the 5:10. There were no illusions that he was going to make a big impact on his debut at Ascot, nonetheless it was disappointing that he was beaten so far. He came back with a sprained fetlock so it is to be hoped that explains the poor effort. He has recovered from that little setback and works with potential at home. Having trained both his half brothers to win  twice at three, he very much fits into the mould of a horse who will progress next season.  Tomorrow we are really just looking for him to get involved and learn a bit.

Leshlaa sets a very good standard based on his debut and should enjoy the all weather. He will be hard to beat unless a newcomer is particularly smart or a something takes a big step forward.